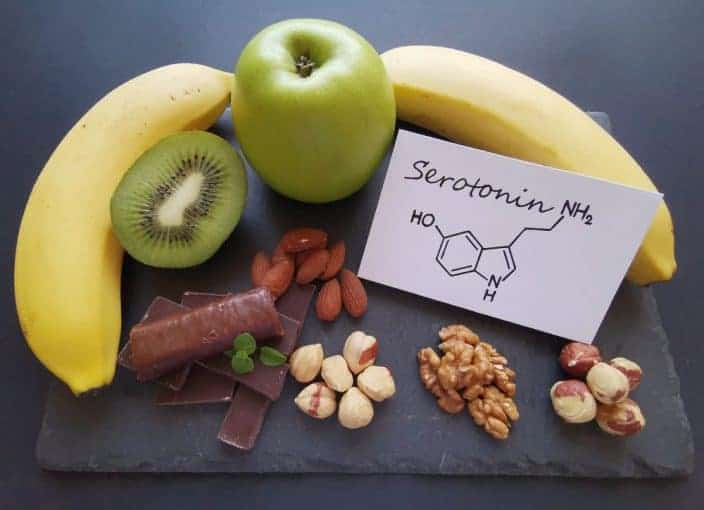 Have you ever noticed how on some days you wake up feeling low and you can’t quite put your finger on why that is? Yet, on other days you find yourself in a happy and productive mood, and again, you don’t really know why? This could very well be down to a chemical in your brain known as serotonin, which is why we’re looking at foods that increase serotonin today.

Serotonin is basically a neurotransmitter that acts as a chemical messenger that stabilizes your mood. Basically, serotonin helps you to relax, it lifts your spirits, and it puts you in a better mood and makes you feel happier. The more you can produce, the happier you feel. To help you feel happier here are several foods that increase serotonin.

Cheese – Cheese, despite being a great source of protein and calcium, is commonly associated with unhealthy food. It turns out that cheese is actually great for increasing serotonin production. Cheese is packed full of tryptophan which helps to relax you and lift your mood.

If you want to feel happier and get a better night’s sleep, cheese is ideal. Tryptophan acts as a precursor for serotonin production – hence the importance of cheese for serotonin.

Salmon – Salmon is an oily fish that is widely regarded as being one of the healthiest foods in the world. It is loaded full of omega 3 fatty acids which are very powerful anti-inflammatories. Salmon is also loaded full of protein, amino acids, and vitamin D which acts as a bone-strengthening ingredient, assisting in the uptake of calcium.

Salmon is also a great source of tryptophan, and we now know why tryptophan is so important for us. Two servings of salmon per week should provide sufficient amounts of tryptophan to cover the entire week.

Tofu – So far, the foods that increase serotonin that we’ve looked at today have not been suitable for vegans. That’s about to change now, thanks to the next ingredient on our list. Tofu is a fantastic food for increasing serotonin production in the body. Tofu is made from soy, which is naturally high in tryptophan.

Tofu is useful in that it can be used as a substitute for virtually any meat or fish in countless recipes. You may even find tofu which is what is known as ‘calcium-set’. This means that it’s also a great source of calcium.

Eggs – If you’re looking for versatile foods that increase serotonin, then you need look no further than eggs. Eggs are one of the most versatile foods in the world. They can be prepared in a number of delicious ways and can be used in countless different dishes. Eggs are the only food able to boast the fact that they provide a complete essential and non-essential amino acid profile.

According to gainsmadness.com, Eggs are a great source of protein, making them great for the cells and the muscles. They also contain important minerals such as zinc, iron, magnesium, calcium, and choline. One of the main amino acids found in eggs is indeed tryptophan, so if you’re looking to increase the amount of serotonin you produce, be sure to eat plenty of eggs.

Spinach – Spinach is, without a doubt, one of the healthiest ingredients in the world. It also happens to be one of the best foods that increase serotonin levels naturally within the body. This green leafy vegetable is loaded full of important minerals, including iron. Iron assists with the production of hemoglobin and red blood cells, making it very important for oxygen transportation in the body.

A lack of this mineral can leave you feeling tired, sluggish, and lethargic and at risk of anemia. Spinach is, therefore, a great energy food. It is also rich in vitamin K, C, and B vitamins, as well as being a great source of calcium and tryptophan for the production of serotonin.

Seeds – Seeds don’t just make a delicious garnish for a salad, or a crunchy topping for yogurt, they’re also great for boosting serotonin. Now, seeds are not as rich in tryptophan as meat and dairy ingredients, but for vegans and vegetarians, they’re a great addition to the diet for people looking to increase their natural serotonin production.

Poultry – Poultry such as chicken, turkey, and the goose is another food that is great for increasing serotonin levels in the body. Poultry is rich in protein which makes it great for the muscles and for the cells, and some leaner cuts are very low in fat so you can watch your weight.

In terms of foods that increase serotonin production, you may have noticed how people swear that turkey makes them feel tired. This is why people often feel drowsy after Thanksgiving or Christmas dinner because turkey is packed full of tryptophan, which causes you to feel sleepy and relaxed, as it increases natural serotonin production.

Milk – If you’re partial to a glass of milk then you’ll be pleased to hear that milk is another ingredient that boosts serotonin production. Okay, we’re looking at foods that increase serotonin, and milk isn’t technically a food, but it increases serotonin production and is a great source of calcium so we’re including it anyway.

And that brings us things to a conclusion. We hope that you’ve found this article looking at foods that increase serotonin informative and entertaining, and if you feel you could use a little more happiness in your life, be sure to stock up on the foods listed above.