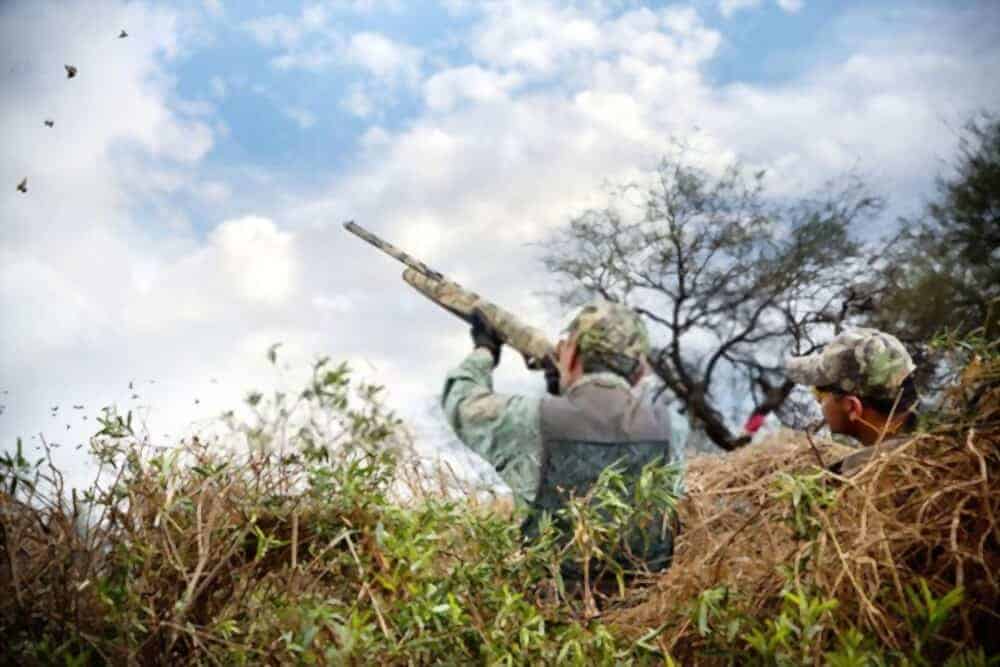 The dove hunting season has already begun. But due to the ongoing pandemic not all of us are fortunate enough to join it. But those who can are looking for the best choke for dove hunting.

We will try to explain which choke is best for dove hunting on this post.

For 10-35 yards dove hunting you can’t go wrong with an Improved Cylinder or Modified choke.

Both of them are good choke for your shotgun. They both have pretty tight constriction, that’s why the spread pattern stays small enough to hit the dove from a good amount of distance.

When the season starts to end doves are more aware of you than before. You can’t go too close to them for the perfect shot. That’s why during the end season we have to take shots from further away. But an improved cylinder choke is not good for further away. That’s why the best choke for this range is Modified or Improved Modified choke. You can’t go wrong with either of them.

Both of them are excellent choke with tight constriction and smooth pattern. As you are going to take the shot from further away, you will need more precision and pellets travel. Both of the mentioned chokes are capable of doing that.

Choosing the right choke for dove hunting will help you to not choke on the big stage. Again pardon me for the puns but trust me I can’t help it.

If you are under the delusion that a choke tones down the total power of a shotgun. You have never been more wrong. It tones down the spread to lessen the spread. Ultimately it is helping the gauge to reach further and hit more accurately.

If anything a choke increases your gun’s potential.

A dove hunter will get more benefits from an open choke compared to a tighter choke.

The plan is to put enough pellets in the bird to take it down cleanly.

20-25 yards – C/Cylinder (.000) choke is an unconstricted barrel. That means the pattern will spread more and make sure the dove gets hit.

22.5 yards SK/Skeet (.005) is an excellent choke for dove hunting. As the name suggests, this is popular among skeet shooters.

Skeet choke is excellent for early season dove hunting. During this time you don’t have to worry about the doves being aware of your presence. But as time goes the birds will become more careful. If you are someone that prefers end season then you will choke that has some constriction.

For example, 25-30 yards: IC/Improved Cylinder (.010) choke. This choke has more constriction than the other ones we mentioned so far.

This choke is good at spreading patterns quickly. As this has some constriction the pattern is not huge like the others.

If you want more range then go for 30-35 yards: M/Modified (.020) choke. The constriction in this is moderate compared to others. The shot stays together longer, making the pattern denser and travel longer. As the pattern barely loses it’s density even at a long-range the shot impact does a lot of damage.

Make sure to choose the right choke depending on your choice. We provided you enough to make sure that you find the right one for you.